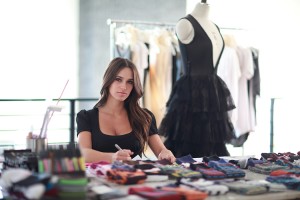 As the daughter of an avid lifestyle photographer, Alainah was exposed to the world of style and fashion at a young age.  After moving to Las Vegas to pursue her relationship with Steve, she immediately began working in the fashion industry and enrolled in the International Academy of Design and Technology Merchandising in Nevada.  There, she studied all aspects of the fashion industry from concept to consumer.

Alainah graduated at the top of her class with high honors, and began working for a merchandising company as the head of the visual merchandising department.  During this time Alainah was able to work with companies such as Chanel, Chanel Luxe, Wynn, and the Venetian Hotel.

In the summer of 2009, she decided to give it all up and take a dream internship position at Society For Rational Dress, a high end international women’s contemporary company in Los Angeles, CA.  Engulfed in the heart and hub of fashion, living in downtown Los Angeles, this is when Alainah and Steve decided to make their dream a reality and established their own fashion label Orange Beld 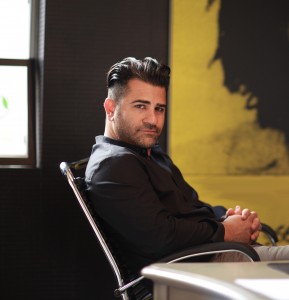 Steve embodied the true spirit of an entrepreneur from a young age.  At the age of 22 he moved from his hometown of Detroit, Michigan to Las Vegas, NV with hopes of opening a sheet metal manufacturing facility to service the gaming and aerospace industries.

During his time at AMW Steve branched into the world of design when he developed his own line of luxury outdoor products that were sold nationwide in both private retail stores and major chains such as Home Depot.

He was able to embrace his creative side again when he later began designing specialty kiosks that are still currently sold and used internationally.

company.  He continues to guide the company in a positive direction, while never forgetting that his greatest role yet is being a daddy!

What Exactly is a Beld??

Please, don’t ask… It’s a long, complicated, and somewhat odd answer.  So just take our word for it, you like it!

Sign up for our Newsletter to receive 10% off your next order, on us!